This weekend was the largest annual Japanese Animation Convention in Boston known as Anime Boston.

Not being the generation of Anime I have never found the need to don costumes and run around a convention center. That said, I love costuming and Halloween …and many cartoon for that matter. My sister and I would have been at a Bugs Bunny convention if we knew if one.

Yet, my knowledge of Japanese cartoons is limited to a handful of oldies: Speed Racer, Power Rangers, etc.

That is until my nieces got into them. The ring leader in this case is Vickie, who has found a home in the cartoons and just starting her foray into the community.

Mary has entered the “cute costume” phase while her boyfriend likes doing couples costumes — ergo they ended up as murderous Mickey and Minnie, while Vickie went as a Homestuck Troll named Rufio.

Now where do they go for costuming? Me of course. And, do I embarrass them by going as the old person of the group? Nope.

Vickie selected my character and promised she wasn’t one if those super skinny Japanese nymphs that grace the cartoons. I am more a Winnie the Pooh than a poison ivy shape so I didn’t want to be the “fat” version of a character. Just something fun.

She is supposed to be a sage advice giver who can wield a sword. Vickie’s face lit up at the idea of my joining her in costume. It’s for that look alone I ended up like this: 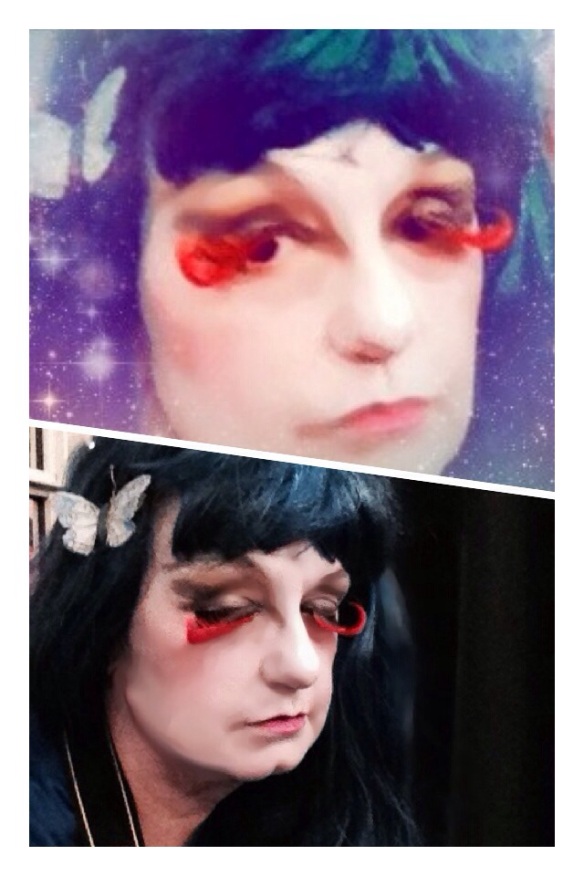